A Christmas Carol by Anne Dalton

Michael Gabe stars as Scrooge in A Christmas Carol at the Forum Theatre Billingham in November.

It’s Christmas Eve and mysterious forces are at work! Scrooge, a bad-tempered old skinflint, is visited by the ghost of his dead partner. According to Marley’s chilling warning, three spirits will whisk Scrooge away into his past, present and future.

Join him on his amazing voyage of self-discovery. Can he change? Will he want to? Meet long-suffering Bob Cratchit, the merry Fezziwiggs, beautiful Belle, Tiny Tim and many more. Delight in this colourful, beautifully-costumed, fast-paced production.

Janet Cowley (Phantom of the Opera) joins Michael Gabe, a stalwart of the British Shakespeare Company who reprises the title role of Scrooge. The true spirit of this heart-warming tale is encapsulated in the lyrics and music of Anne Dalton, winner of the International Quest for New Musicals.

Faithful to the original timeless classic, this brilliantly adapted musical version perfectly captures the magic of Christmas and positively sparkles on stage. 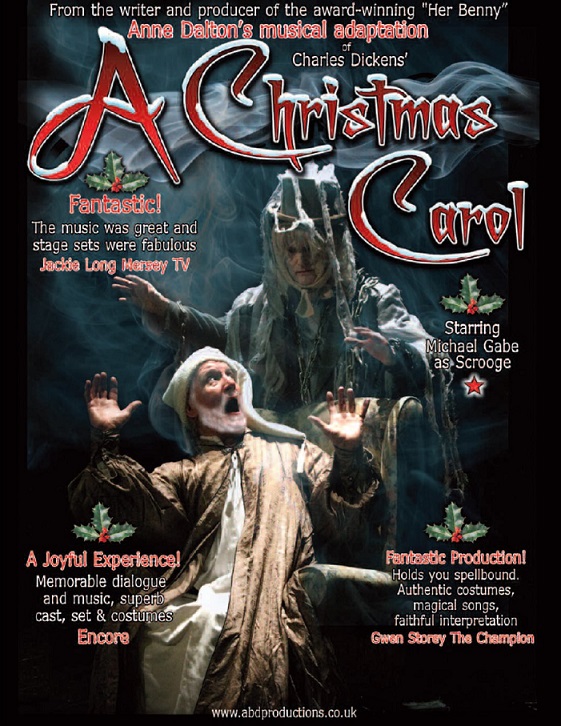